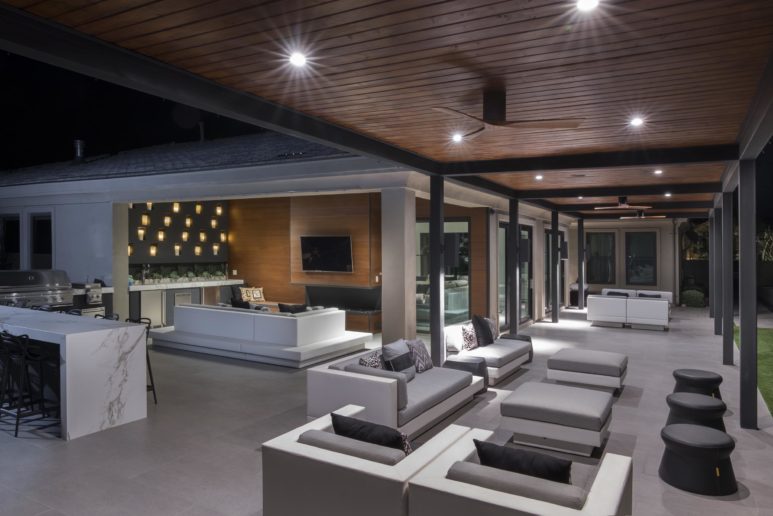 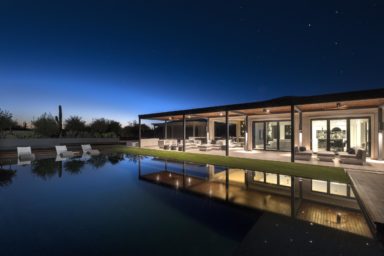 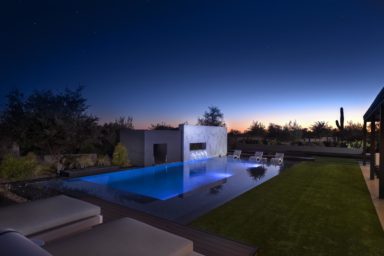 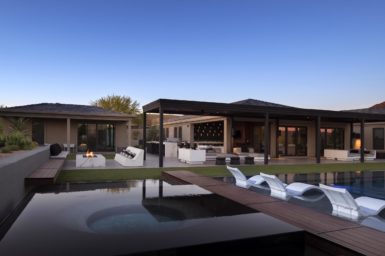 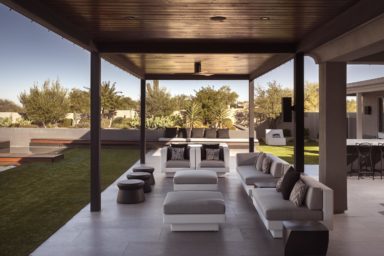 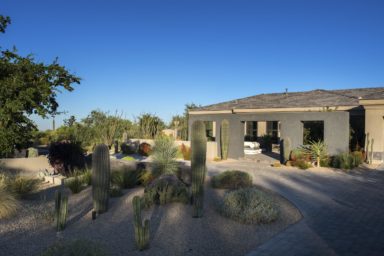 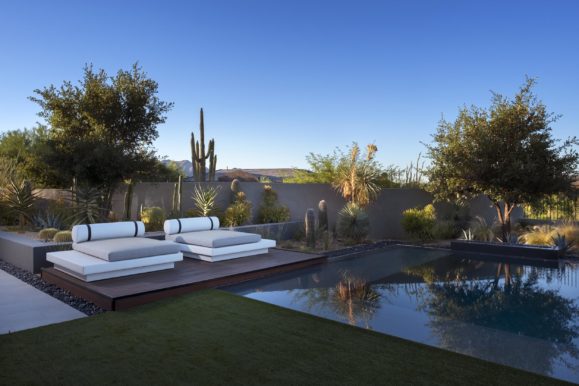 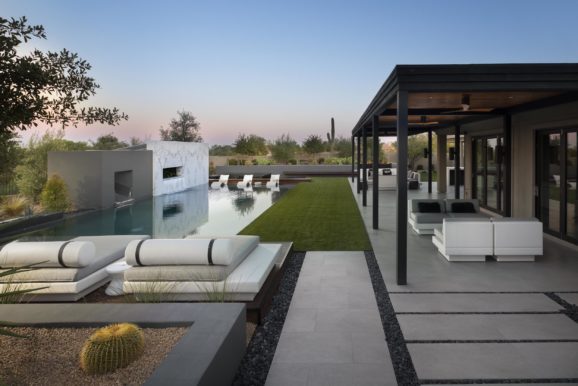 This hip, young family wanted both an elegant retreat for the adults, and a rowdy place of play for the young ones. And they got it, all in one. Style and playfulness are not mutually exclusive and with finesse and desire, we found the perfect blend.

The first order of business was to figure out how to have a Zen-like artful retreat, while having a potentially commercial theme park vibe thrown in via a substantial waterslide, front and center. The solution was a 10’ tall stately “wall of marble” courtesy of Dekton porcelain slabs, that became an “art” wall and screen to both the slide and the stairway.

The second design element that came early was the elongated steel and wood pergola, providing shade along the entire length of the house. The south facing home was vulnerable, devoid of any coverings at all, allowing intense sunlight into the interior, much less providing any kind of transitional exterior space. The Pergola became a highly functional and visually striking signature feature to the space.

Running perpendicular to the flow, an elongated plank bridge spanned the pool, allowing one to traverse the water and ascend up the slide. A similar elongated plank floating bench became the prize at the end of the journey, providing seating for the hearth of the home. The gathering around the fire was the finishing touch, centered as the focal point jewel at the end of the pergola, leading you out to pause and enjoy.