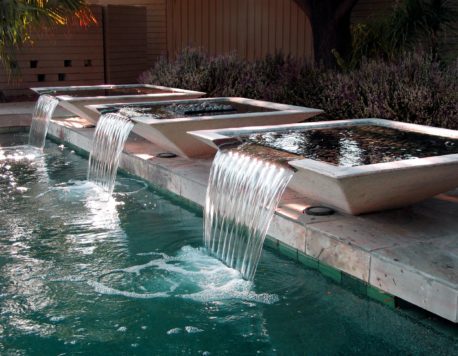 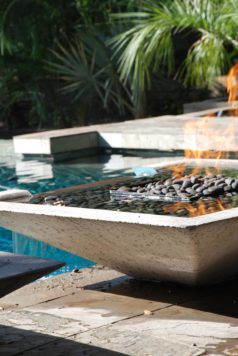 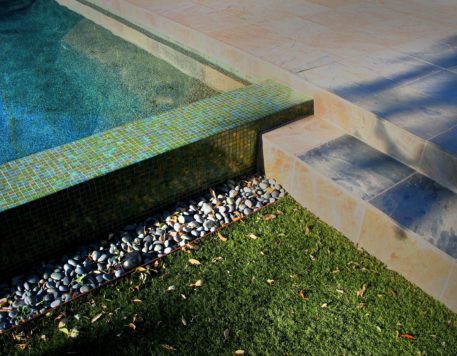 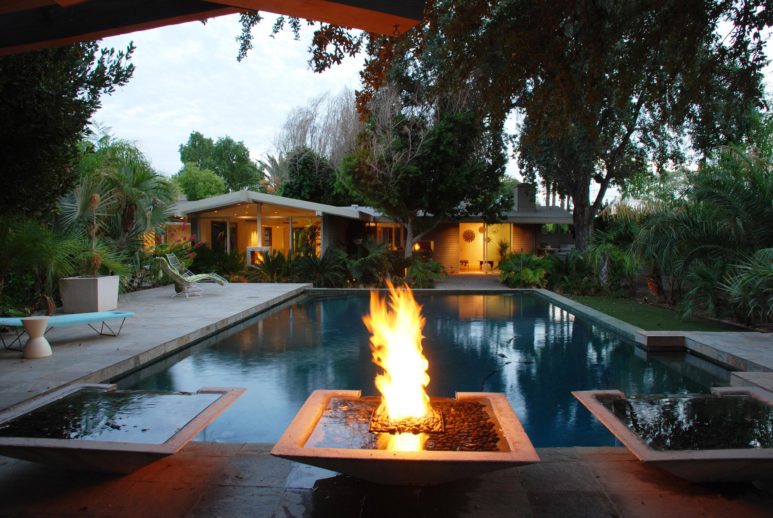 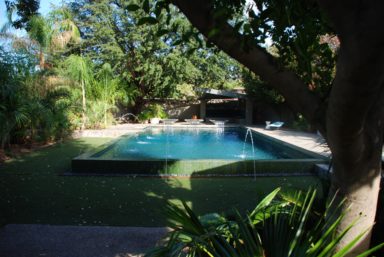 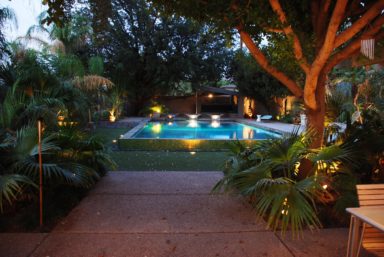 Teaming up with architect James Kotke on one of his exquisite makeovers was a real treat. Situated in Arcadia, James transformed this mid century home into one of my favorite hidden gems.

The out-of-the-ground pool was heavily clad in antiquated cool decking on all sides. Stripping that away revealed the elevated pool edge, which we then clad in a verdant Bisazza glass tile James had used in the interior, to sync with the oasis environ. The faux turf foreground merges into the glass, edged by a transitional border of beach pebble.  The remaining deck areas were clad in an earthy gray-green and red tone slate to keep the organic modern vibe going.

The highlight feature enjoyed from afar was the inverted angular pots with custom scalloped copper spillways. The undulating edge detail puts a wave effect into the cascade of water, so that no matter the angle, the sunlight is always glistening.

James asked to bring fire to the center feature, because fire and water together, is just magic.