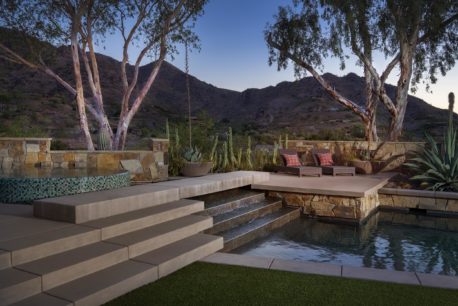 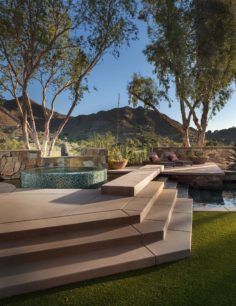 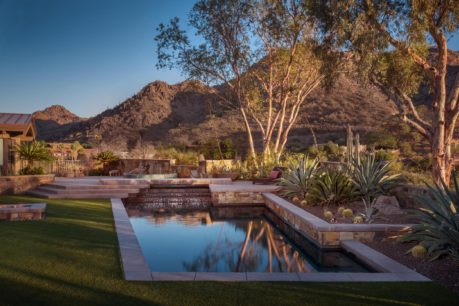 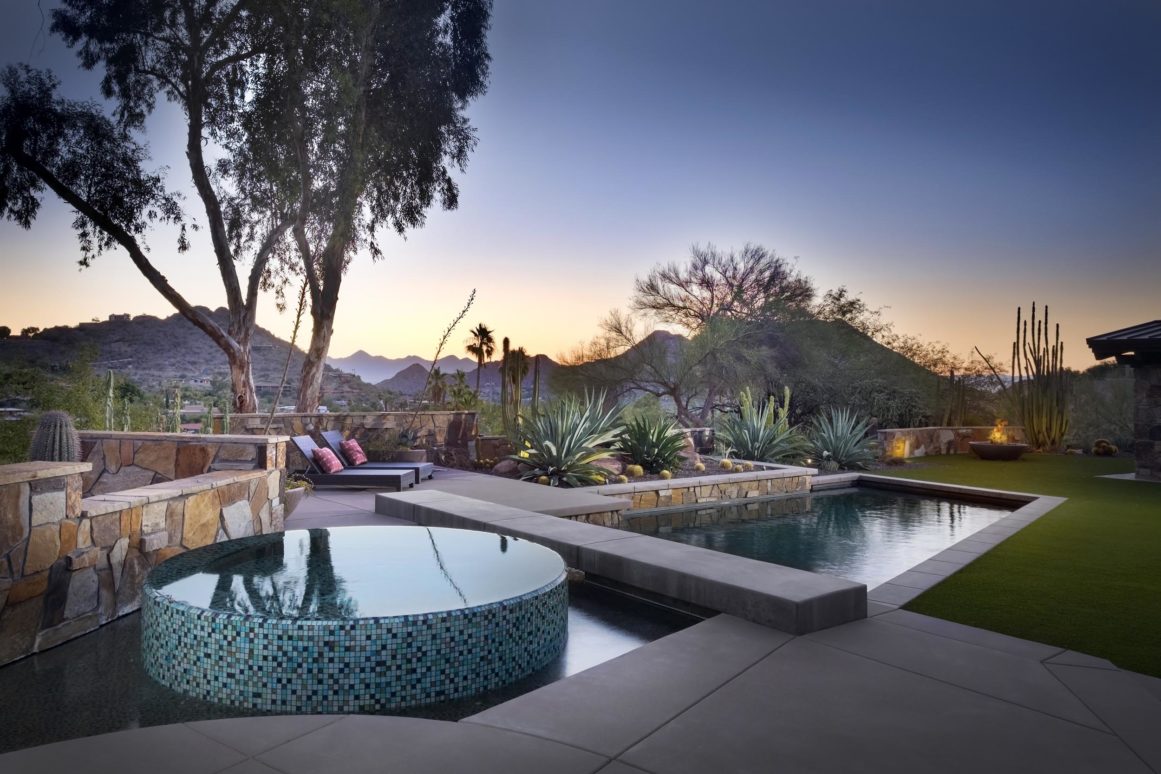 A pool within a pool is what this came to be.

Perched upon one of the most beautiful hilltops in Paradise Valley, this earthy stone-clad ranch home had an expanding trapezoid-shaped yard with an existing diving pool along the hillside edge. But it was ungainly and overtook the best areas in the yard from which to enjoy the best views. It also featured a weak attempt at a vanishing edge that led your eye to unfortunate and unsightly rooflines just beyond. Adding a spa was high on the owners’ wish list.

Tasked to make this pool exactly what the site deserved, our first strokes reclaimed the valuable seating area on the opposite side of the pool, filling it in and making it an elevated deck island to catch the views. But how to get to it? A bridge over water, of cast-in-place concrete.

The vanishing edge became a raised planter wall, to showcase specimen desert plants that hid the rooflines just beyond.

The jewel of the yard became a turquoise glass tile spa, vibrantly complimenting the ochre and rust tones in the natural stone. Situated near the master bedroom. A stair-step water feature resulted from overflowing the spa and flowing it back to the pool as a tranquil cascade over inlaid beach pebble terraces.